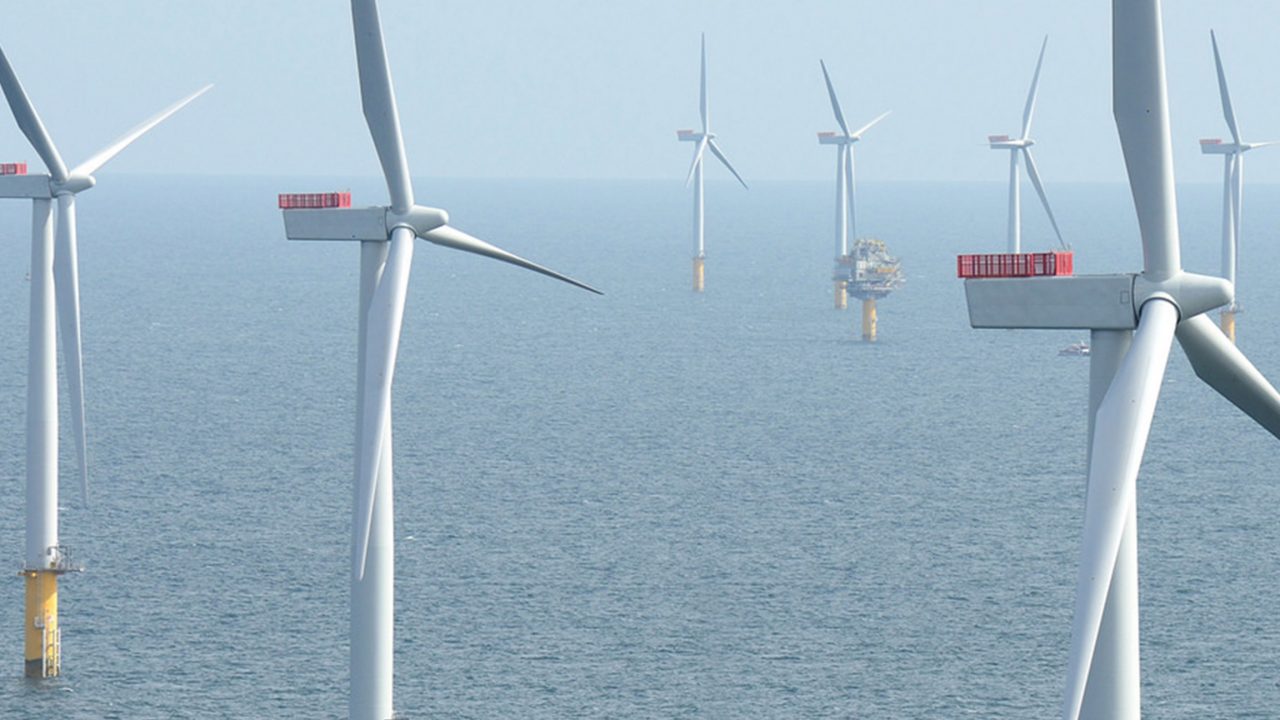 Shaun Kingsbury on offshore wind: The coming of age of a new asset class

"In the last five years, we have seen offshore wind move from a highly niche and specialist interest into the financial mainstream."

There are few technologies that bring out an investor’s inner-engineering-geek like offshore wind. The sheer scale of what can be 180 metre tall turbines, 30km offshore, in water 30 metres deep, is incredible. To gain a proper perspective you need some comparisons, like the graphics showing turbines taller than London’s Gherkin and individual blades longer than the wing-span of an A380, the so-called ‘superjumbo’.

There is, however, much more to admire in offshore wind than just the technology and engineering. The industry has now ‘come of age’ as a mainstream asset class, driven by rapid improvements (and falling costs) in technology, installation, supply chain, operational maintenance and financing.

In the last five years, we have seen offshore wind move from a highly niche and specialist interest into the financial mainstream. While a broad range of investors have been lending to energy projects for generations it has taken a very small number of specialist investors to accelerate the market adoption of offshore wind.

We, at the Green Investment Bank (GIB), have been one of those specialist investors. For the past four years we have been working at the heart of the world’s largest and most advanced market for offshore wind - the UK. The waters around our island are now home to nearly 1,500 turbines across 27 projects with a total value of around £30bn.

We have helped advance the sector through what we see as five overlapping phases of financial development:

The foundations of the UK offshore sector were laid by energy utilities and largely funded on-balance sheet. First movers in UK waters were companies like RWE, Statoil, Centrica, E.ON and DONG in a series of projects from 2004 to 2010.

This initial stage of the sector’s development came under pressure on two fronts. First, the long-term finance requirement for the growth of offshore wind was bigger than the balance sheet capacity of these utility firms, even in the best of times. Secondly, these were not the best of times. The aftermath of the 2008 banking crisis saw liquidity in short supply and utility companies facing limitations in their own borrowing capacity.

All of which meant a solution needed to be found to maintain momentum in the construction of new projects.

Phase 2: Freeing up capital to be re-invested

The answer was to find a way for those utilities to refinance their existing investments in operating wind farms. This created an attractive investment opportunity for new investors in the lower-risk stages of the project lifecycle. And in doing so, capital would be returned to the small band of investors prepared to commit capital to development and construction, freeing them up to reinvest in new projects.

By 2014 it was evident that debt liquidity was returning and banks’ appetite for offshore wind was increasing. But balance sheets within the utility sector remained under pressure. With their growing experience and capability, many of these utility companies were best-placed to lead the practical process of development and construction, but lacked the financial capacity to build-out their project pipelines.

The solution to this lay in introducing non-utility and infrastructure investors at an earlier stage in the project development cycle. This approach would afford utilities the opportunity to sell down a stake in the assets, whilst retaining an important interest in projects through construction, commissioning and early stage operations.

Phase 4: Introduction of debt during construction

Attracting enough capital is not the only challenge that the offshore wind sector faces – its long-term growth prospects depend on its ability to reduce costs. The introduction of debt earlier in the project lifecycle was key to lowering the cost of capital. By bringing the more cautious debt lenders into construction financing, a project’s gearing could be improved, reducing the proportion of more expensive equity finance.

Alongside this focus on driving down the cost of capital has been the sustained need to bring greater volumes of capital into the sector, prompting efforts to diversify its investor base. The opportunity here is to connect long-term, low risk investors such as pension funds and life assurance funds with a scale of transaction, risk profile and most importantly, yields that meet their investment objectives.

Offshore wind is a sector that we at the Green Investment Bank (GIB) know well. GIB was launched in 2012 by the UK Government with the task of investing in low carbon infrastructure projects, such as offshore wind. As we pass our fourth anniversary and a move from Government ownership into the private sector, offshore wind remains our largest sector.

By acting as a narrowly focused, but flexible, expert investor we have been able to move quickly to demonstrate the commercial opportunities available in the market. This has led to GIB playing a leading role in many financing innovations and ‘firsts’ in the market, helping it to quickly transition through the five phases outlined above.

Perhaps the most important of GIB’s achievements in offshore wind has been creating a £1.12bn offshore wind fund, through our FCA regulated subsidiary. The Fund is a dedicated investment vehicle for unlevered, operating assets with investors ranging from five local authority pension funds in the UK, to a Scandinavian life assurance company to a major sovereign wealth fund. In each case, the Fund has provided a route into the market – often for new investors – and is helping to open up the sector to a wider pool of capital.

Offshore wind in the UK has now firmly entered the mainstream, both as a source of reliable and increasingly competitive energy and as an investment class. Where the UK has led, other countries are rapidly catching up. The next phase of the market’s global expansion will see growth in north-west Europe, Asia and the north American eastern seaboard. Under private ownership we expect GIB to play a key role in the development of some of these markets, as we have in the UK.

Offshore wind’s ‘coming of age’ could not be better timed. The sector is perfectly poised to make a major contribution to realising the policy ambitions of the global climate agreement reached in Paris. It is also ideally placed to realise the investment returns required by the capital that is needed to build the infrastructure that will turn that political agreement into a reality.